Smee School District is an extraordinarily rural district. Most students are bused to school. The town of Wakpala has roughly 500 residents. 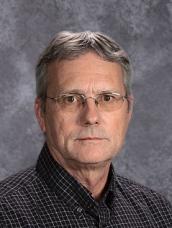